Things to do in Guayaquil: is worth visiting?

Guayaquil is the capital of the province of Guayas and the main port of Ecuador. It is also the second most populated city in the country and where the nation’s most important commercial activity takes place.

Despite not having a beach, Guayaquil is an obligatory stop for many tourists who want to visit the Galapagos Islands, or for those who come to Ecuador to enjoy the southern beaches in the country.

It is home to one of the most important airports in Ecuador and is only 40 minutes from General Villamil Playas.

In this post we will summarize what to do and and the nearest beaches in Guayaquil in case you decide to spend a few days in the main port of Ecuador.

You can also read:

Things to do in Guayaquil

The following are the most outstanding tourist attractions in the city:

A very important tourist spot in the city. The Malecon 2000 is a tourist destination with several iconic attractions of the city, such as the Monument to Simon Bolivar and San Martin (La Rotonda), the Torre Morisca or Clock Tower, the Ferris Wheel (La Perla), Malecon Gardens, Olmedo Plaza, Mercado del Rio, Palacio de Cristal, among others.

Las Peñas is the oldest neighborhood in Guayaquil and from where the city was born.

Its cobbled streets will take you to bars and museums all the way to Puerto Santa Ana. Or you can take the road up several steps (Escalinatas Diego Noboa and Arteta) that lead to Cerro Santa Ana.

From Cerro Santa Ana you can see the whole city. To reach the summit, you must climb up the 444 steps of the Diego Noboa and Arteta Staircases. On this journey you will find bars, cafes, restaurants, art galleries and handicraft stores.

Reaching the top, you will find a faro, a chapel and an area where there are some cannons that were used to defend the city from pirates in the past.

At the end of Numa Pompilio Ilona Street, at the end of the northern sector of Malecon 2000, is Puerto Santa Ana.

This area also has food stores, restaurants, bars and cafes on the riverfront. It is also a commercial and hotel area.

Downtown Guayaquil is the oldest part of the city and the main commercial area. You will be able to get a closer glimpse of the city’ s business life and to see the most important businesses and banks of Ecuador.

You will also walk along the famous Calle 9 de Octubre, where you will get to know the heart of Guayaquil.

Close to Malecon 2000 is Calle Panamá, a new outdoor dining area with about 16 restaurants.

The Malecón del Salado is another tourist attraction similar to the Malecón 2000, but facing the Estero Salado. There you will find bars, local food, playgrounds and a beautiful path that takes you to the new Guayarte, a gastronomic and urban art spot.

It is named so because you will find these little reptiles all over the park (iguanas), sleeping, sunbathing or asking for food.

In the Parque Centenario you will see the iconic Columna de los Próceres that honors the Independence of Guayaquil, in addition to several other sculptures made by important foreign designers of the period.

South of the city, you will find the Parque Forestal with the iconic Eloy Alfaro Theater (Teatro Centro Cívico).

Near the end of the city, on Via a la Costa km. 25, you will reach Parque El Lago Park, a place where you can have picnics or enjoy a relaxing weekend.

Parque Samanes is the largest park in Ecuador and the third largest in South America.

You will find extensive green areas for picnicking and resting, play areas for dogs, jogging and walking trails, biking trails, courts for basketball, tennis, volleyball, beach volleyball and soccer; a soccer stadium and a basketball coliseum.

Although it is located in Samborondón, the Parque Histórico showcases Guayaquil’s original buildings from the early twentieth century, as well as the wildlife of the Ecuadorian coast.

Here you will learn more about the history of the city, and you will be able to witness samples of rural traditions of the coastal region of Ecuador.

Parque Histórico is also home to the renowned Hotel del Parque and the Restaurante Casa Julián.

Cerro Blanco is a private reserve of 6,078 hectares of tropical dry forest on the Ecuadorian coast, situated in the Cordillera Chongón Colonche at km. 16 of Via a la Costa.

It is considered the largest lung and the best remaining dry forest in Guayaquil.

You can hike along its trails or go camping.

Isla Santay is a wetland that is linked to Guayaquil by a pedestrian bridge of more than 800 meters.

You can walk or cycle along the bridge and the island, as it has several miles of trails where the local flora and fauna can be appreciated.

The newest addition to Guayaquil is the Aerovía, an air-routed transportation and tourism system that connects Guayaquil and Durán.

In this aerial tour you will be able to fly all over Guayaquil. The fare costs $ 0.70.

Guayaquil has several art, music, history and culture museums. In addition, since it is a city dominated by Catholicism, you will find many churches.

Are there beaches in Guayaquil Ecuador?

Within the city, there are no beaches. But the closest beaches to Guayaquil are a 40-minute drive away, in General Villamil Playas:

In order for you to enjoy this city tour, below are several options of hotels where you can stay: 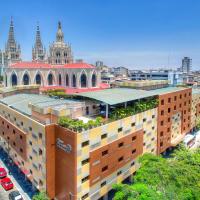 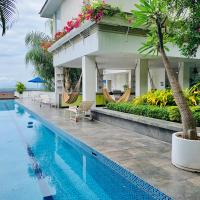 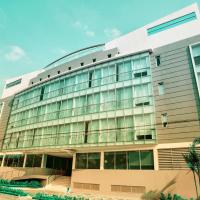 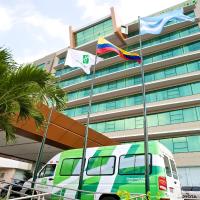 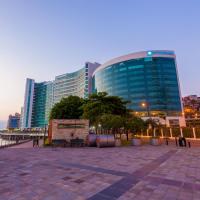 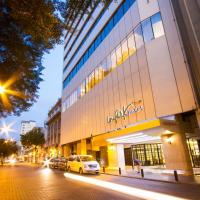 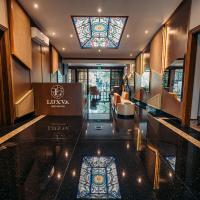 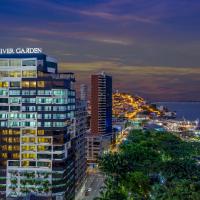 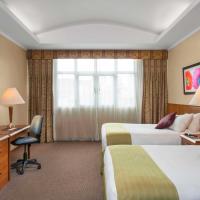 Despite the fact that Guayaquil is very important for the Ecuadorian economy, it is not particularly attractive for tourists from abroad.

There are plenty of questions asked by tourists who are curious about the city. So here I will try to answer them:

What is Guayaquil Ecuador known for?

Besides being the gateway to the Galapagos Islands, Guayaquil is known for other aspects, mostly historical and economical.

Guayaquil Shipyards became the most important shipyards in South America during colonial times.

Guayaquil’s port is one of the most important on the Eastern Pacific coast: about 70% of Ecuador’s private exports depart through its facilities, entering 83% of imports.

Is Guayaquil safe for tourists?

This is an important question, with a somewhat unfortunate response in the last few years.

Lately, Guayaquil has experienced waves of violence, especially due to drug trafficking issues that have plagued the country in the last 10 years.

On this blog we want to be sincere and safeguard for the safety of the tourists that read us. So maybe Guayaquil is not in a good moment to receive tourism from other countries.

But if you decide to do so, you should be very careful where you go, asking your hosts where to go, at what time, etc.

What are the coldest months?

It is so called because it does not rain and there are cold winds, with average temperatures of 23°C.

What are the warmest months?

The hottest months are from December to April. This is the winter season, it rains a lot and it is very hot (32°C on average).

Although it rains, it is the best time to visit the Ecuadorian beaches, as the ocean water is very warm and it is sunny every day.

How do I get from Quito to Guayaquil?

Or you can take an interprovincial bus, which costs $10 and the ride lasts 8 hours.

How do you get from Guayaquil to Galapagos Islands?

Only Avianca, Latam and Equair are the only airlines that will take you to the Galapagos Islands from Guayaquil.

If you are traveling from Quito, you will stop in Guayaquil and then depart to the islands.

Tours in the city or surroundings

Check out the following tours in case you don’t know anyone in the city:


Did you like it? Discover the best beaches in Ecuador